FROM VOCALS TO GUITAR AND BACK

...Michael Friedmann got his start in music by fronting a bluesy power trio in New England before he moved to
Tucson in the late '90's; that's when he began studying under Jeff Haskell at the Universtiy of Arizona and taking gigs as a jazz guitarist...

...with the self-released 'Stuck in Samsara,' he returns to his first love, as a singer-songwriter...

Lest you get the idea that 'Stuck in Samsara' is standard folky singer-songwriter fare, the fingerprints of Friedmann's jazz background are all over the album,
right from the get-go: The opening "Intro" is a straight-up jazz guitar instrumental, both wistful and uplifting. In the next song, "Lizard Man," against jazz-keyboard chords,
Friedmann's phrasing splits the difference between Steely Dan's Donald Fagen and a less-swinging Mose Allison, telling a tale about the tricks we play on each other, and on ourselves, in the realm of love. And there is, of course, a gorgeously fluid, if too-brief jazz-guitar solo tucked within, too.

The arrangements are mostly barebones, usually just a guitar and/or keys and drums, though there are moments of deception: On "The Sun," the layered vocal harmonies can trick you into thinking that there's more going on musically than there actually is. A lot of these songs are lyrically bleak: "Van Buren, 3 a.m." is an ode to the loneliness sprung from the infamous Phoenix street, and the title "Love is Suicide" should speak for itself. Even in "Supergirl," one of the closest things to straightforward pop here--which relies on an extended metaphor("I know she can't live in my world / There's too much kryptonite there")--the hero doesn't get the girl...

songs for souls under siege

I play jazz and blues guitar. 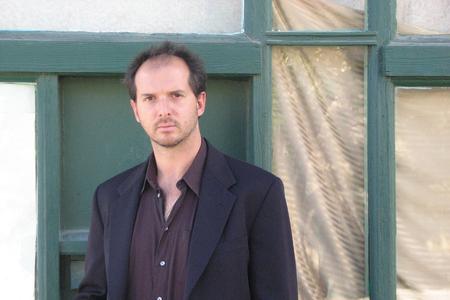